Mergermarket’s 1H22 Global & Regional League Tables for advisory firms have been released, showcasing the deal advisory powerhouses around the globe.

Goldman Sachs has once again come out on top in the global league tables for the first half of 2022, with over $814 billion (USD) in deal value generated across 229 transactions. View Mergermarket’s 1H22 Global & Regional League Tables here.

The three frontrunners for deal value have each held their place from the previous year.

In terms of numbers of transactions, PwC took out the top place with an astounding 361 deals advised on in the first six months of the year, with Deloitte following in second place with 287 transactions.


According to the Financial Times, Goldman Sachs has been putting in dedicated effort into automation initiatives to free up time for junior staff, automating basic functions like generating pitch books and valuation modeling. And they aren’t the only ones.

Increasingly, these major players are turning to automation and modern deal technology to reduce unnecessary manual tasks and speed up processes, so they can focus on closing high-value transactions - and significantly more of them.

Historically, deal technology has focused on a single stage of the deal – specifically, the due diligence phase. Today, new digital technologies enable the streamlining and automation of every stage of a transaction from start to finish. Differentiating with technology is how these dealmaking masters are able to set their services apart, win more business, and close more deals.

Ansarada has removed the risk and made our data rooms free* for deal advisors. Get an online deal quote in your inbox in minutes.

Get a quote + a free Data Room
*Nothing to pay until the deal goes live and the first guest user logs in. 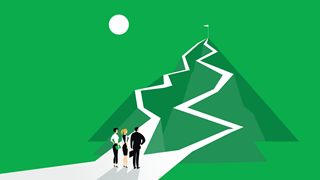 How to get the most out of an M&A deal? Start with the end in mind