Energy Bankers are seeing a bright glimmer of hope for mergers & acquisitions outlook in Australia with activity from Woodside, Oil Search & Santos. 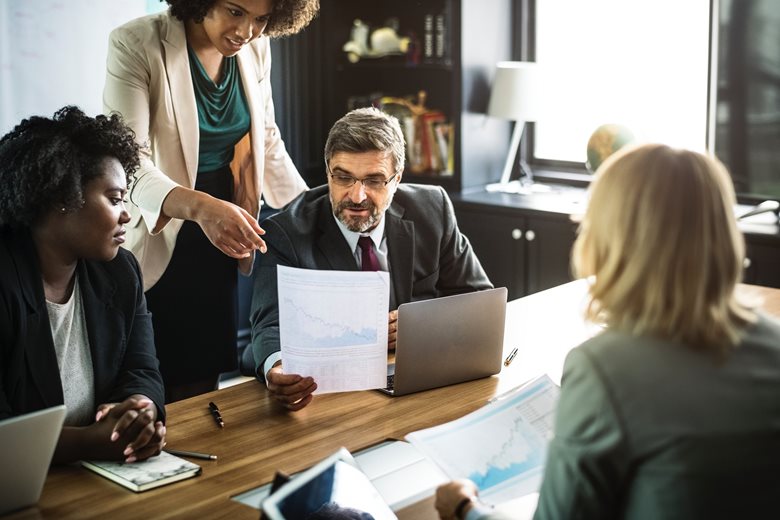 The outlook for mergers and acquisitions in Australia’s oil and gas sector, which brimmed with optimism earlier this month, has sobered after liquefied natural gas producer Oil Search spurned a takeover offer valued at 11.6 billion Australian dollars ($8.18 billion) from Woodside Petroleum.

But dealmakers are not giving up on the prospect of energy M&A down under. Woodside, an Australian oil and gas producer, has indicated it will continue to pursue its bid. Other prospective buyers are circling the assets of rival Santos.

“M&A [activity] in oil and gas in Australia is generally subdued at present, and this is totally related to volatility in the oil price,” says Alex Cartel, a managing director and head of Australian energy investment banking at Deutsche Bank.

Subdued oil prices underlie Oil Search’s refusal. The company is reluctant to accept an offer while its shares are depressed.

But Woodside is similarly loath to risk paying a big premium for a franchise whose intrinsic value could continue to deteriorate. Further darkening the outlook is slowing economic growth in China, a key export market for Australian producers.

If the Oil Search deal, which would be worth $11.27 billion including assumed debt, is completed, it would rank as one of the year’s largest M&A transactions in the Asia-Pacific. Woodside’s offer alone accounts for 58 percent of the $13.89 billion worth of Australian oil and gas transactions announced this year, according to Dealogic data.

Perth-based Woodside is offering 0.25 of its shares for every share of Oil Search, whose operations are concentrated in Papua New Guinea. The exchange formula would give Oil Search shareholders a 32 percent stake in Woodside.

But Oil Search said on September 14 that the offer was “highly opportunistic” and “grossly undervalues” the company.

“Since receiving the proposal, the company has undertaken substantial shareholders engagement,” says Oil Search. “The overwhelming feedback has been that this proposal has little merit.”

UBS analyst Nik Burns values the Woodside bid at A$7.65 a share. Oil Search’s shares have traded higher than this in anticipation of a sweetened offer.

“Woodside would likely need to offer at least A$8.50 a share and possibly up to A$9 a share to make the deal more attractive,” Burns wrote in a research note.

One key issue is that the government of Papua New Guinea, which paid A$8.20 a share for its 9.8 percent stake in Oil Search, would be reluctant to record a loss on the sale.

The all-in acquisition cost for the government, which borrowed money to finance its Oil Search stake, is closer to A$9 a share, says a person familiar with the investment.

“A scrip bid more than a dollar less than the acquisition cost of the government is plainly not attractive,” says the person. “Woodside’s proposal is either a cheeky opening bid that they will raise because they will have to, or they will simply go away because Oil Search shareholders aren’t going to accept the current offer.”

Woodside’s response to the rejection of its bid suggests the company will continue its pursuit of Oil Search. Chief executive Peter Coleman says a deal would bring long-term benefits to both companies.

“Our proposal will create a regional oil and gas champion for Papua New Guinea and Australia with a global portfolio of world class assets and development opportunities,” says Mr Coleman.

Deutsche Bank’s Mr Cartel says there is some merit to Coleman’s argument.

“Woodside’s use of scrip to acquire Oil Search will … benefit both companies’ shareholders if the oil price increases, as the Woodside share price would be expected to increase with the oil price,” he says.

Oil Search is being advised by Morgan Stanley and Luminis Partners, an affiliate of Evercore, as well as law firm Allens. Bank of America Merrill Lynch and Gresham are advising Woodside along with law firm Herbert Smith Freehills.

While the success of Woodside’s bid for Oil Search is far from guaranteed, analysts nevertheless expect more M&A activity in the hard-hit oil and gas sector.

Santos is expected to receive multiple offers and accept at least one of them as it explores the sale of assets to slash debts of A$8.5 billion.

Deutsche Bank and Lazard are advising Santos while the company conducts a strategic review after it received multiple offers for assets earlier this year.

Assets that could be sold include fields in Indonesia and Vietnam as well as a Papua New Guinea LNG project. Santos holds a 13.5 percent stake in the LNG project, while Oil Search holds a 29 percent stake.

Santos also has operations in most Australian states and exports gas to Japan, South Korea and other Asian countries. It has an LNG plant in the northern tropical city of Darwin and a similar project that is about to come online in Gladstone.

“Santos’ board is under pressure to sell good assets at low prices or raise equity at a discount to value,” says Jon North, founder and managing director of Sydney-based advisory firm J.B. North & Co. Mr North’s firm advised Australia’s Roc Oil on its merger with Horizon Oil and its subsequent $441 million takeover by China’s Fosun International.

Global private equity firms that have raised money to invest in energy assets are doing due diligence on Santos’ assets along with major global oil and gas producers.