Chinese investment in Australian healthcare is growing at a pace.

A recent study by KPMG and the University of Sydney’s Business School examines the rise in Chinese investment in this sector and predicts that it’s going to keep growing over the next three to five years. The trend is a relatively new one, with two mega-deals first recorded in 2015 and steady deal volumes since. According to their report, there are several contributing factors.

In August 2016, the Chinese Government launched the ‘Healthy China Plan’, a six-part policy to boost China’s healthcare system. A key focus area is ‘digital health’, which will include the establishment of a big data platform to aggregate health data, and a universal health insurance management system to improve healthcare coverage.

A renewed focus on wellbeing

The Chinese population is following the example set by their government and showing an increased interest in healthcare products and services which has led to development in this space. KPMG’s Head of Asia and international markets, Doug Ferguson, attributes this primarily to China’s affluent Gen Y market, who are “very conscious of their health” and have “a very large disposable income”. With an ageing population, interest in developing the aged-care industry has also become a priority for China.

A reputation for healthy living

Australia’s reputation as a healthy lifestyle hub, along with their sophisticated technology and ‘stable political and economic environment’ has attracted the interest of Chinese investors. “Australia has a clear advantage for Chinese investors with its reputation for clean products and healthy living as well as its advanced technologies in the medical and healthcare sectors,” said Ferguson.

Export capacity underdeveloped down under

According to the report, Australia’s export capacity is not yet as developed as it could be, making it an opportunity area for Chinese investors. Building these global partnerships will be important in providing Australia with the ‘knowledge of foreign markets and access to international distribution networks’ so that their high-quality products and services can be exported.

Stay in the know with Indicators

According to insights aggregated through Ansarada, deal activity in the Healthcare sector increased 56% YoY from 2016 – the strongest industry growth in Australia in 2017 – pointing to a significant boost in overseas investment and supporting KPMG’s prediction for continued growth. Our new quarterly series, Indicators, is based on insights collected through Ansarada’s platform with the goal of illuminating market trends and behaviours like these. The report is based on anonymized data gathered through tens of thousands of deals, both past and present, enabling us to paint a picture of what’s happening right now, instead of what’s already happened. This is what’s going to help you spot developments and opportunities where others can only rely on guesswork, and guide informed decision making. 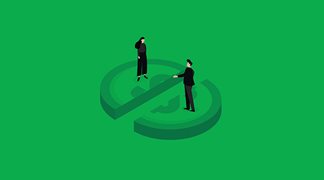