Everything you need to know about business due diligence, in one place 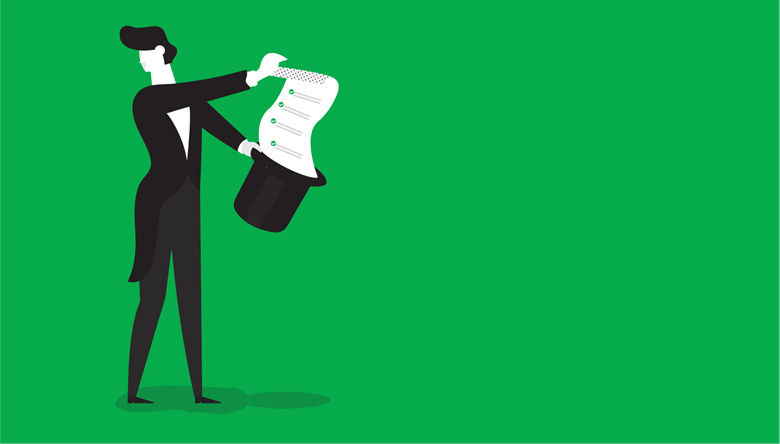 Transform your due diligence with Ansarada Deals™—start your free trial today!

What is due diligence in business?

Due diligence is the systematic examination of a business ahead of an event such as a merger or acquisition, capital raise, IPO, or audit. It is the investigation carried out prior to a financial transaction to assess commercial and legal risks, as well as opportunities.

Read more: What is due diligence in business?

Due diligence before buying involves a rigorous examination and evaluation of a target company’s critical documentation and data. It must be conducted before a binding agreement is signed between parties. This ensures that all risks have been disclosed and all opportunities are on the table before the M&A deal proceeds.

For early-stage companies looking to secure investments, the startup due diligence process is essential. If it doesn’t go smoothly, potential investments can go south - fast.

Types of due diligence and who performs it

Broadly speaking, we can break due diligence down by role, by outcome and by type.

Due diligence (DD) is performed by people in the following roles:
On the other side, the documentation and data for due diligence needs to be prepared by:

A common need for due diligence is M&A. However, it’s also necessary in all sorts of business investment situations.

Below are some of the different types in M&A. As the process can vary by industry and by event or transaction type, this is by no means an exhaustive list, but a good starting point to understand the depth of assessment required.  To find out more about each of these types of DD, see here: Types of Due Diligence

Get the ultimate deal-smashing due diligence checklist
Download the checklist

What are the two types of due diligence?

So now we know a bit more about what is due diligence. Exercising due diligence requires an in-depth look at annual reports and other data to get to the facts - but some aspects are more easily quantifiable than others. This divides DD into two categories: hard vs soft due diligence. While hard DD is easy to ascertain in numbers and figures, soft DD requires a different approach.

What is hard due diligence?

Hard due diligence addresses concrete data and facts. It focuses on the financial aspects of the business, such as financial statements, expenditures and projects. This is the primary type of DD that is used to assess whether profit can be generated from the deal.

What is soft due diligence?

Soft DD is equally important, though harder to conduct. This assesses the human capital of a business, including talent, skills, culture and leadership. It aims to establish whether key staff members are likely to stay or leave in the event of the deal going through. When M&A deals fail - which is 50% of the time - it is usually because this human element is ignored (Investopedia).

The due diligence process

In its basic form, the due diligence process consists of the purchaser asking questions of the target business, and the business answering those questions with proof that shows they have answered. The bidder is legally obligated to disclose accurate information. There is then a rigorous due diligence Q&A process to clarify anything that might need further explanation before the purchase.

DD is usually conducted after you and the acquiring firm have agreed in principle to a deal, or at least that one may be beneficial, but before any binding contract is signed.

Find out more: How do you perform due diligence

Main things the buyer should consider

The purchaser should consider every area of the target’s business and seek to uncover as much detail as possible about its current state of health before making their investment decision. During this process, they should spend time talking to management and key staff, understanding what documents will help confirm the viability of the transaction, and verifying the integrity of all the information that is provided.

Purchasers should also consider their integration strategy, and how the new business entity will operate as a unified whole in order to maximize synergies.

Potential warning signs for the purchaser

Potential warning signs for the buyer include any unverified, inaccurate or missing material information that could prove to be problematic later on. This could mean the prospective bidder is hesitant to share something that could be perceived as a red flag, or that they are disorganized and don’t actually know these details about their own business.

According to Accru, other warning signs to watch for include:

Risks of conducting improper due diligence

To perform due diligence, companies and their advisors need to carefully scrutinize every aspect of a prospective bidder. If there are gaps in the documentation they gather, they risk missing critical information that could see them fail to reach a high valuation and sale price. Even worse - it could impact the future of their business.

Poor organization can result in the discovery of risks late in the process if a company has exercised due diligence improperly. This creates stress for both parties, costs time to resolve, and increases the chances that the deal will fall through.

Buying a business is a costly endeavour, so it’s important you are confident you have all the information you need to make a well-informed decision.

Ansarada’s Due Diligence Checklist lays out the framework for everything the seller needs to provide and the buyer needs to consider in order to progress the deal. It is a file structure that has been built from 50 million data points across 23,000+ deals to help you organize your business data and ensure nothing gets missed.

Ansarada Deals™ is a centralized Deals space bringing together a purpose-built set of solutions into one fully integrated platform. Digitize all your due diligence checklists with Deal Workflow™, a project management tool that gives you complete oversight and control. Use it to start preparing for your deal for free until the deal goes live.

Automate your due diligence

Start preparing today for free, with no cost until the deal goes live.
Get started for free