Unpacking the Business Rescue Deal of the Year

Catch up on the recording here.

The market has seen an uptick in Business Rescue deals over the past few years as financial unrest and COVID have forced the hands of many. At the DealMakers Annual Gala Awards in South Africa last month, the 2021 Business Rescue Transaction of the Year Award was presented to Group Five.

Last month, we hosted a fireside chat on ‘Unpacking the Business Rescue Deal of the Year’, hosted by Arie Maree, Regional Growth Director MEA from Ansarada and attended by the Group’s key advisors: Patrick Birkett from Birkett Stewart McHendrie and Dave Lake from Metis Strategic Advisors.


What is a business rescue deal?

‘Business rescue’ or Chapter 6 is one of the restructuring tools in South Africa, commonly compared to Chapter 11 in the US. It gives the company rescue protection from its creditors and enables practitioners to effectively take management control over the company, enabling quick decisions to be made.

Frequently, companies enter business rescue far too late; for example, a few days before the next salary run is due which they're unable to pay.

The advisory teams broke down the complex business rescue process to attack it piecemeal and were able to save the majority of the Group Five businesses with exceptional outcomes.

Watch the recording to learn more about the highs and lows of this complex Business Rescue Deal, and how they used the Ansarada platform to do it all.

When a company is in financial distress, you have to move quickly. Start your free trial of Ansarada Deals today to see how much simpler your process can be.
Try now for free 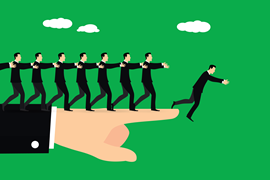 Think you’re too senior for a Data Room? Think again. 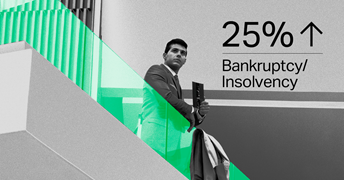 By AnsaradaFri Sep 09 2022Due diligence and dealmaking, Industry news and trends, CEO-CFO

Is the predicted wave of insolvencies finally here?