From ‘just in time’ to ‘just in case’: Predictions for corporate governance in 2023

The beginning of a new year prompts us to look at possible developments in the corporate governance field and what considerations ought to guide the plans of company boards for 2023 and the years ahead. 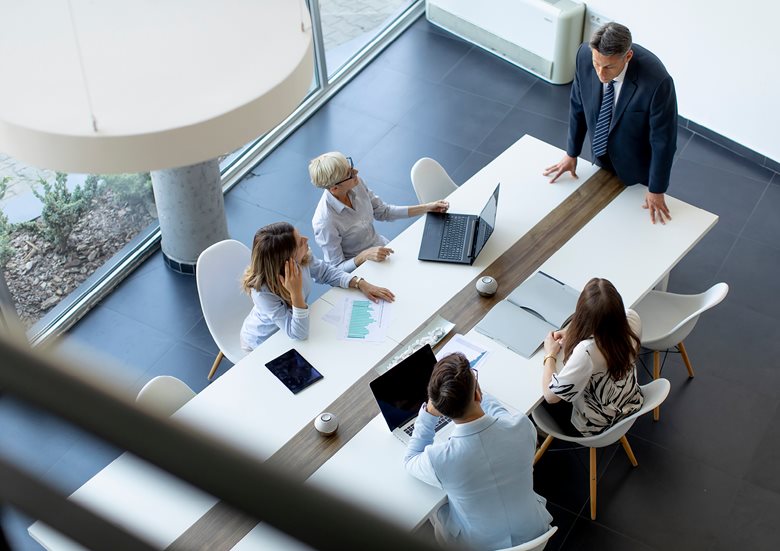 In approaching this, we remind ourselves of the role of the board expressed in the holistic approach to corporate governance which is now pretty well universally accepted. In summary, this comprises embracing a goal for the company which fulfills the wishes of the key stakeholder groups and overseeing its implementation with the long-term interests of the company in mind. Successful implementation requires an ethical culture, a realistic strategy, an appropriately structured and resourced organization, and transparency and accountability to the stakeholders.

So, let’s look at the main areas of concern for Boards of Directors in the months and years ahead, as they loom today.

Clearly, for global organizations, the current geo-political turmoil represented by a hot war in eastern Europe after Russia’s invasion of Ukraine, and the threat of a cold war between the United States and China represent significant challenges. However, as we’ve seen in recent months, the knock-on effects can have impacts on smaller companies, even if their activities are limited to local markets. Examples here are soaring energy costs and broken supply chains.

So the elements of holistic corporate governance for attention will potentially be the continuing viability of the current corporate goal and business model for global organizations, and the resilience of the current organization for smaller companies with vulnerabilities in energy or supply chains. Just in time is being replaced by just in case. Examples of giant companies affected here are Volkswagen and Apple, with their dependence on China as a market and source of manufacturing, and smaller companies whose energy dependence has left them on the brink of insolvency by the catastrophic rise in costs precipitated by Russian actions.

General economic conditions and the financial stability of the world’s economies are affected by geo-political developments, and also by unexpected, but arguably predictable, events like the Covid pandemic. Significant changes in general economic and financial conditions are a major concern for boards, and the duty of directors is to be properly aware of the possibilities, and the potential impact on the companies for whose well-being they are responsible.

Current areas for concern are the continuing impact of inflation and the possibility of a global recession, which would hit most of the world’s economies. The volatility that this uncertainty introduces means that boards have to pay particular attention to areas of vulnerability, and risk management assumes increased importance.

A looming area of concern is the global level of debt, both public and private. At a country level, more and more states are accumulating unprecedented levels of debt, and the concern is that they are simultaneously facing downturns in their economies. This will lead to reductions in tax receipts, at a time when demands on public expenditure are rising to support populations under pressure. With tax increases politically unpopular, increased borrowing is the last step before printing money, with its consequential runaway inflation, but increased borrowing is likely to lead to increases in interest rates. As central banks raise interest rates to finance public expenditure, the impact on the private sector is immediate, and for companies wanting to invest or increase their workforce, this is likely to lead instead to retrenchment.

Concern is also currently being expressed that, though the regulated banks are much better capitalized now, after the 2008 crisis, the level of opaque leverage in the shadow banking sector is such that there could be huge systemic risks which are not fully understood. So the diligent board must decide what preparations it must make to anticipate these possible developments.

Though probably not the most immediately life-threatening to a company, this is the area where there is likely to be the widest range of changes in the years ahead. The leading topic is probably Environment, Social and Governance (ESG), which has become almost all-embracing, and is being attacked in some quarters for that reason. Indeed, most of the areas of concern in this broad field fall within these three categories. Hence:

The hugely important topic of man-made global warming, with its impact on the world’s climate, is now generally accepted by all but a limited number of climate change deniers as something which business ought to take into account in its operations, and in some sectors, challenging the nature of the goal of the business itself. In the case of businesses affected by climate change, for instance those situated in coastal or low-lying situations, their future may be at risk even if their own operations have no adverse impact. Similar severity of threats would apply to those affected by disappearing glaciers and the resulting reduction in river flows.

Other areas of concern are biodiversity and diminishing numbers of species, thought to have been wiped out by industrial agriculture with its use of chemicals. Robobees developed to help pollination won’t make up for the progressive disappearance of these species.

Similarly, the progressive elimination of rainforests in the furtherance of local agriculture threatens to accelerate global warming, as does much of current mining practice, and these industries are now as much in the limelight as oil and gas.
Sustainability is the term which has come into vogue in recent years to draw attention to the need for businesses to take into account the need to conserve the planet’s resources and to structure their operations accordingly.

Increasing attention is being given to the social impact of a business at various levels. Internally, this addresses the traditional area of terms of employment, including hours worked, overtime requirements, paid holidays, sick pay, maternity and paternity leave. For some traditional forms of constitution, such as co-operatives, employees have also had a role in running the business, and also where supervisory boards are part of the constitution, such as in Germany. The trend in corporate governance is to take more of a stakeholder approach, where employees are one of the key groups, to whom the company and management therefore have a significant responsibility.

By extension of the internal operations to the business’s value chain, companies are increasingly expected to concern themselves with the well-being of the workers in the companies figuring in the supply chain of a business.

Regarding the external impact of a business, companies have always been subject to criticism (or praise) for their impact on the communities in which they operate, but this is now being extended to embrace such social factors as racial diversity, gender balance, ageism and recently social class.

Governance in ESG is generally not expressed holistically, but is taken to refer to the way the board of directors conducts itself. Thus it tends to concern itself with the way a board is constituted, including such matters as board diversity, and the way it conducts itself, including responsibility for the culture of a company.

The UK Companies Act 2006, Chapter 2, Sections 170 – 181, specifically addresses the general duties of directors, and there is increasing attention to directors’ fiduciary duties as more and more legislation and regulation comes into existence as a result of countries’ focus on environmental and social matters. The ability of directors to rely on directors’ and officers’ liability insurance cover for their personal protection is increasingly threatened as new ways are sought to hold officers of the company personally liable for misdeeds of the company they manage. Hence the definition of persons of significant control and persons of significant interest.

Finally, Boards are increasingly urged to think about the possible impact of Artificial Intelligence, and cybersecurity. There have been notorious examples in recent years of harmful attacks by international criminal organizations, sometimes with apparent state support. These have included interference with state elections and ransom attacks on major institutions and corporations. But attention is also increasingly being given to the ways in which businesses guard, or fail to guard, confidential information obtained in relation to the people and organizations with whom they have dealings. Similar concern is being expressed in relation to the propagation of what is deemed to be misinformation, and responsibility for moderation in the systems concerned.

In looking ahead at what will determine the legal obligations of boards in regard to corporate governance, we need to look at:

Boards need to pay attention to the on-going implementation of existing Acts governing corporations, and any significant impending new legislation as it affects directors’ responsibilities:

•    domestically within independent countries such as the UK, Australia, Japan, South Africa, etc.
•    the EU for the twenty-seven member states
•    the United States, as the most powerful economy in the world

Boards are required to report their compliance (or otherwise) with existing Corporate Governance codes and industry regulations and be ready to respond to any impending changes. The UK’s Corporate Governance Code and Stewardship Code have been models for many countries (though not the USA) but increasingly, the European Union’s rules will become very influential.

Attention must also be paid to releases of international standards bearing on corporate governance set by the International Organisation for Standards (ISO), and also other relevant standards such as its recent Net Zero Guidelines and London Declaration regarding the climate agenda.

Then there is the United Nations Global Compact which addresses governance, and the OECD Principles of Corporate Governance, and publications from other worthy bodies addressing these matters.

What are the authorities likely to be focusing on?

The topics listed above cover matters of current interest and concern, and we can expect guidance, exhortation and regulation in most of these areas. Whatever the cynicism in certain quarters about ESG, the underlying efforts can only be generally beneficial, and Boards will be expected to take ESG seriously.

What should Boards be concentrating on?

For the Board, its legal duties involve complying with the law, regulations and codes, and preserving its reputation demands taking account of the public’s expectations regarding ESG. However, its fiduciary duty requires looking after the long-term interests of the company, and this is what good corporate governance really means. Here, what is still generally lacking is a holistic approach that ties it all together, and a set of measures that constitutes a structure against which performance can be reliably measured and improvement targeted and monitored. It is incumbent on Boards to adopt a system of holistic corporate governance which delivers this holy grail.

Get your business in order in 2023

Learn how Ansarada can help all your corporate governance, board management and GRC processes run smoothly.
Book a GRC demoCreate a free Board account

The author, Nigel Kendall is a Chartered Accountant, Corporate Governance Consultant, and the author of several books on financial management and corporate governance. His first book gained him the endorsement of Sir Adrian Cadbury, the father of modern corporate governance. With a wide-ranging career history and over 20 years’ experience as an independent consultant, Nigel works regularly with boards of all-sizes of organisations on corporate governance, best boardroom practice and strategy. 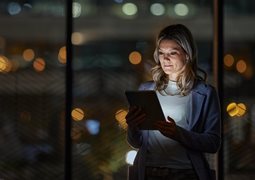 By AnsaradaMon Jan 16 2023Security and risk management, Board 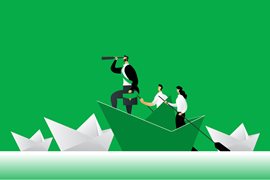 A history of corporate governance and why it remains so important 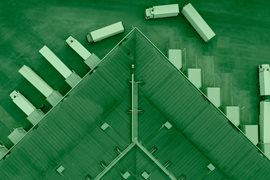 Why your Board should care about modern slavery