Where to find London's biggest bonuses

If you're a London-based investment banker, who should you work for? 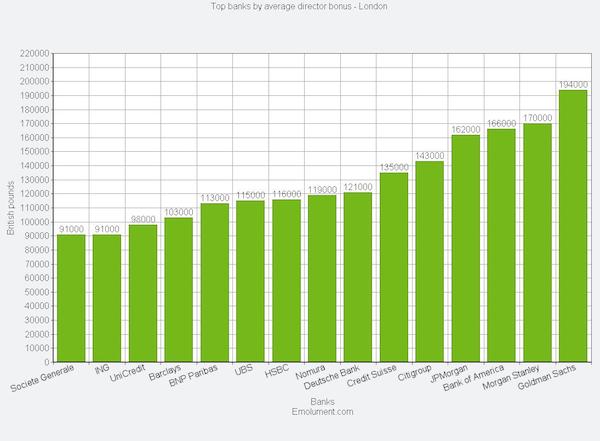 In London, directors at American investment banks - mid level bankers - were paid bonuses of as much as 50,000 British pounds more than those at leading European investment banks, according to salary benchmarking site emolument.com.

Emolument.com analysed 2015 salary data from 189 front office directors working in London investment banks. In most cases, it says, banks that give the biggest bonuses also offer the best salaries to their investment bankers.

“Continuing a trend established in the last few years, we expect to see base salaries shoot up in order to circumvent bonus cap regulations, especially at director and managing director level where employees expect to see their total comp increase substantially from previous titles,” says Alice Leguay from Emolument.com.

Get started with a demo