China Railway Signal and Communications Corporation's plans to test Hong Kong's initial public offering market with a $2 billion IPO may be proof that China's IPO market has bounced back sooner than even the most optimistic expected it to after the closure of Shanghai and Shenzhen's IPO markets in early July.

Not only is China Railway seeking to complete a massive IPO, according to the Wall Street Journal, but the paper also reported that China Zheshang Bank, a lender based in eastern China, and investment bank China International Capital Corp are both planning Hong Kong IPOs this year that aim to raise $1 billion each. “It’s business as usual in Hong Kong,” says David Suen, head of equity capital markets Asia ex Japan at JP Morgan. Once Shanghai and Shenzhen stock prices have stabilised to the satisfaction of China’s government, Beijing will continue with equity capital markets reforms that will bring its IPO market closer to the US, according to fund managers, lawyers and bankers. Some 500 companies have sought approval from the Chinese regulator to conduct IPOs on China’s renminbi-denominated A share market. The Chinese Securities Regulatory Commission has so far been the gatekeeper of China’s IPOs. The CSRC grants approval to mainland Chinese companies to list on the Shanghai, Shenzhen and Hong Kong markets. For some time now Chinese regulators have sought to replace the CSRC’s administrative fiat with a registration system that bears a resemblance to that in the US, where companies file their IPO plans through the Securities and Exchange Commission under internationally recognised accounting standards with detailed disclosures of corporate and management practices. There are expectations that new measures for China’s IPO market will be passed into law at the next session of China’s parliament, the National People’s Congress, whose annual meetings are typically held in Beijing every March. “Chinese policymakers have not abandoned a capital markets reform agenda," says Helen Zhu, a BlackRock managing director and head of Chinese equities. “Once the A share market stabilises, they will likely resume pursuit of reforms such as IPO registration reforms.” A new team, with staff from the CSRC and the Shanghai and Shenzhen stock exchanges, is being formed by the Chinese government that will in part oversee the country’s IPO process.

On the State Council of the People’s Republic of China’s official website, Premier Li Keqiang says China would push forward with “stable and healthy development of the capital market and the currency market in the long term”. That includes doing away with multiple administrative procedures and permissions that Chinese companies need before their plans for an IPO are approved. The Premier recognises such bureaucracy is a breeding ground for corruption. He wants to do away with such practices. “China has been reforming and refining its IPO process for years," says Alex Wolf, emerging markets economist at Standard Life Investments. "If the market appears to stabilise and volatility decreases, they will push ahead with reforms.” It is hard to believe that just three months ago the prospects of a freeze on IPOs from China would have been judged as far-fetched. China’s IPO markets were on top of the world. As of June 9, Hong Kong had seen $12.5 billion worth of new listings this year and Shanghai $11.1 billion, more than any other stock market in the world, according to Dealogic data. For a time, Chinese companies’ demand for capital was met by equally voracious demand for new stock by Chinese individual investors after Beijing formally announced the end of a 14-month IPO ban in November 2013 amid President Xi Jinping's anti-corruption drive and capital markets liberalisation efforts. Chinese individual investors engaged in frenzied buying of IPO stocks in 2014 and 2015. One Hong Kong-based banker says this year Chinese IPOs on average rose about 44 percent on their first day of trading. Such IPOs sometimes rose by their 10 percent daily limit for a few days after that. “IPOs were thought of as an easy way to make a return," says Huang Pei Hao, an executive director on UBS’s China equity capital markets team. "Retail investors tend to chase momentum and focus less on valuation or fundamentals.”

But Shanghai and Shenzhen’s stock markets' valuations were excessive compared with their fundamentals, according to investors. In the 12 months to May, Chinese stocks available to mainland investors soared 119 percent in Shanghai and 121 percent in Shenzhen. In mid-April, BNP Paribas estimated, more than 70 percent of stocks on these markets were commanding prices exceeding 50 times earnings, while 40 percent fetched more than 100 times earnings. “The A share stock market sell-off became a rout from mid-June amid a wave of panic selling after a huge rally,” says BlackRock’s Ms Zhu. Fast-forward to today when the plunge in stock prices from mid-June has wiped as much as $4 trillion off the market values of Chinese exchanges, Beijing’s intervention in the stock market reinforces widespread perceptions that China will do what it takes to pump up confidence and spur economic activity. “We believe that policymakers have the willingness, the desire and the ability to support the economy,” says Stuart Rae, chief investment officer, Asia-Pacific ex Japan value equities, at AllianceBernstein. Another signal that all is well for China’s IPO market may be the successful de-listing of Chinese companies from the New York Stock Exchange and their subsequent listing on their home market, where they can enjoy much higher valuations than as mid-cap companies on the NYSE. “In the past, a lot of Chinese companies looked for investors overseas but now their focus is on China,” says Zhang Yi, co-chief executive, Hong Kong, of law firm King & Wood Mallesons. 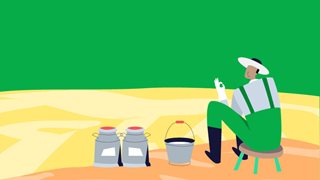 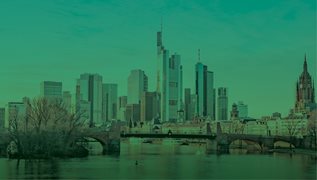