Despite the stereotypes, it turns out that Excel spreadsheet-loving financial modelers really do have a sense of humor. Here are some of their best in-jokes. 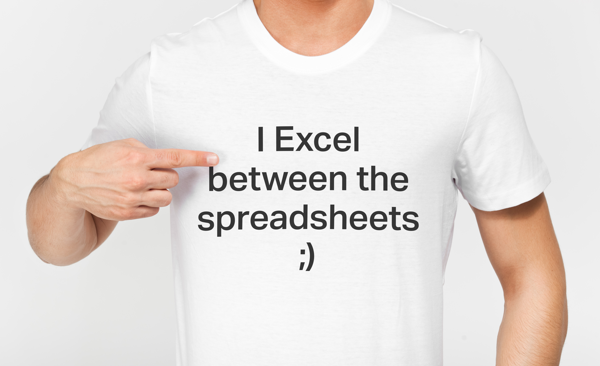 The United States of America is home to the Grand Canyon, the Empire State Building and the tallest roller coaster in the world.

But when it comes to financial modeling only 1 American, Albert Chu of telematics company Masternaut, is ranked in the top 10, according to ModelOff.

Could the world’s only superpower supply the 2017 champion?

The prize for this year’s champion is, as it has been since 2014, a golden keyboard – one without the F1 key. That’s an “in joke.”

Among financial modelers, the F1 key is a nuisance. Some rip it out because their Escape and F2 keys are the way to navigate through spreadsheets.

There are other “in jokes” among financial modelers such as: you might be an Excel nerd if:

To register for ModelOff and be in the running for a free trip to New York click here.

To find out more about ModelOff training camps click here and to join more than 150 professionals learning financial analysis and modeling click here.