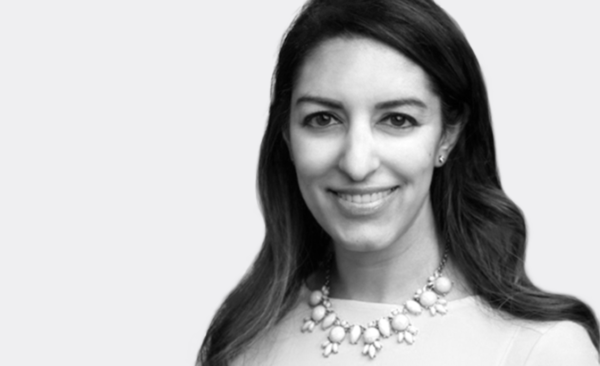 On June 28, we’re holding the second event in our Readiness Event Series in Chicago, following the event on June 21 in Sydney, Australia. The event consists of a panel about raising capital and how to prepare for the next funding round. Find out more about the event and how to attend here. Ahead of our first US Readiness Event Series panel, we spoke to one of our panel members, Sonia Nagar, on how she started out as a startup entrepreneur and then moved into venture capital at Pritzker Group Venture Capital.

You co-founded Pickie, a VC-backed mobile shopping startup, and selling it to RetailMeNot before joining venture capital. What made you make the switch?

It was very opportunistic. I originally thought I was going to start another company after selling Pickie. After joining RetailMeNot, I was basically splitting time between Austin, where RetailMeNot is headquartered, and NYC where my husband and I lived. We decided we wanted to live in Chicago to be closer to family, so I started meeting with VCs to let them know that I was going to be landing in Chicago. It’s also always a good idea to meet and know VCs before you have to ask them for money, and separately, they happened to be hiring. I guess they liked me and I liked them and the rest is history. As I reflected on my career options at that point, it also felt like I could make a big impact on this side of the table.

How do you feel the venture capital market has changed within the past decade, and how is it different for in different regions such as Silicon Valley, New York and Chicago markets, for example?

I think you’re seeing a shift towards VCs having an operating background and being more founder friendly. Silicon Valley definitely has an abundance of capital due to having so many successful founders and exits, and NYC has a fairly large ecosystem in place already. Chicago has a smaller ecosystem, but that has some advantages -- it’s easier to get to people, for example. But that also comes with some obvious disadvantages -- there’s less competition for deals at the early stage, which impacts valuation.

What industry trends do you think have had the biggest impact on the way startups raise capital?

First would definitely be Initial Coin Offerings (ICOs). There’s also a proliferation of platforms that make it easier than ever to start a company (e.g., AWS, Shopify, Squarespace).

What are some of the most common mistakes startups make during cap raises?

Some of the most common ones I’ve seen are 1. talking to the wrong investors (filtering which investors to talk to by focus, stage, activity), 2. not running a structured process, and 3. optimizing for valuation vs partner.

Are startups focused on the right financial or growth metrics to grow their company? Which metrics should they focus on in for a successful capital raise?

I focus specifically on consumer brands and we care about:

What sectors are you particularly bullish on to invest in, and why?

Tell us one fun fact about yourself.

My first real job was writing algorithms for car powertrains.

To hear more about Sonia’s journey and experience, register for our growth-ready event on capital raising here.

About Sonia: Sonia joined Pritzker Group Venture Capital in 2016. She is responsible for sourcing, diligence and oversight for the firm’s investments in consumer, enterprise and emerging technologies. Most recently, Sonia was vice president of product and head of mobile apps for RetailMeNot (NASDAQ: SALE), responsible for cross-platform strategy and leading an app redesign that earned a 2015 People’s Voice Webby Award for Best Shopping App. Sonia joined RetailMeNot in 2014 following its acquisition of Pickie, the venture-backed mobile shopping start-up she co-founded in 2011. Prior to Pickie, Sonia was a senior associate for Booz & Company leading post-merger integration and growth strategy projects for digital media and retail clients. Previously she worked in product management, investment banking, and engineering roles with Amazon, Goldman Sachs and General Motors. Sonia holds a bachelor’s degree in mechanical engineering, magna cum laude, from the University of Michigan and an MBA from Harvard Business School.