In a world where no industry is immune from tech-driven disruption, the approach to change is what’s ultimately going to set apart the winners from the losers.

When it comes to the adoption of new technologies, would you classify yourself as an industry leader, fast follower, or passive responder?

It may surprise you to know that your answer to this question is paramount to success. The pace of tech change in the business world shows no signs of slowing. Quite the opposite, in fact.

PWC’s latest Global CEO Survey (referenced in Technology 2020 and Beyond) revealed that speed of technological change was a major concern across all sectors, due in part to the significantly reduced timespan from ‘breakthrough technology to mass-market application’. Take their example:

“In the United States, it took the telephone 76 years to be adopted by half the population. By contrast, the smartphone did it in under ten years. We are now watching blockchain move from a notebook sketch to an established technology in a tiny fraction of the time it took for the Internet to be accepted as a standard tool.”

In a world where no industry is immune from tech-driven disruption, the approach to change is what’s ultimately going to set apart the winners from the losers. And yet, some companies still seem to be averse to it – as they demonstrate in the following ways.

Far too many organizations focus their energy on the short term, rather than on preparing for the future state. They might argue that this is what keeps business running; putting out fires, implementing measurable goals and executing quick wins – but this thinking isn’t going to get them very far in the long run.

To get ahead, business leaders need to start prioritizing what’s ahead, and to balance where they are with where they want to go. Otherwise, the future is going to catch them by surprise and leave them outrageously unprepared in its wake.

Operating inefficiently and in silos

With business-as-usual taking up much of their time and focus, many business owners fail to look at their systems holistically, opting instead to continue with separate, segmented processes in isolation. The resulting inefficiency and waste is enough to keep them running permanently behind. Coordinating and automating these processes with the right technology guarantees an almost immediate increase in ROI, but businesses are simply too accustomed to their legacy processes to make the switch.

Reacting rather than acting

Many business owners hesitate when it comes to emerging tech software. They believe that their older systems will get them through another big project or two, then they can reassess at a later stage.

According to PWC, that’s “a strategy that will become more dangerous as time passes.” Business owners need to be ready for change, rather than scrambling to respond to it. In fact, in this landscape, readiness is the most crucial success metric.

“Here is what success looks like: when the next change comes, you are ready. You have the models and architecture in place to quickly understand, leverage, and operationalise emerging technologies without creating chaos in the organisation. And you are able to do this while you ‘keep the lights on’ at a fraction of today’s expense.”

Not only is this achievable, it’s what the top business owners are already doing. Ansarada’s Material Information Platform is transforming the way they operate, offering them a complete solution to business readiness.

As we get used to the new normal, one thing is clear: anyone either disregarding or responding passively to tech-driven change is going to get left behind.

Will you be at the forefront of the next generational shift? Download our AI-powered deal guide here and find out. 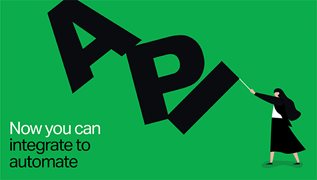 Connect the critical data dots with custom integrations via our API