The traditional data room is dead, gone the way of the dinosaurs. But old habits die hard. And paying by-the-megabyte or by the page is one of the last to break.

Legacy pricing systems are costing companies thousands – in dollars, in hours, in broken trust, you name it. Asking your client to estimate the volume of their entire deal in documents and data is equivalent to asking them, ‘guess the number of golf balls in this Mini Cooper’.

That’s why 70.1% of deals run beyond their initial contract terms. Pricing estimates are based on little more than guesswork, no matter how carefully they are calculated. And bill shock is an all too frequent occurrence.

Junior analyst Steve takes it upon himself to upload every folder he has access to, despite only a handful of them being critical to the deal. He realizes his mistake (after a strongly-worded discussion with his team leader) and deletes most of them – but they’ve already been there for weeks and triggered a doubling of the original fee estimates for his client.

Or practical Lauren, who decides she’s going to be proactive with her due diligence. She makes sure everyone is prepared and ready by uploading all the necessary files 2 months before the deal commences. Unfortunately, her considerate actions are repaid with a large, early fee from the data room provider.

Working within tight restrictions and without real-time visibility of data storage is naturally going to add up to blown out budgets. But your client doesn’t know that. All they see is a hefty bill that negates all the expectations you’ve set with them. And – rightfully so – they are angry. And so are you. It’s affected your reputation with them, and with your colleagues as well.

Working without visibility or fee certainty has been standard across this industry for too long, and we need to acknowledge how ridiculous that is. It’s time to demand more from your data room provider, including absolute clarity, certainty and confidence.

Like phone and internet bills before them, there’s no reason that data rooms shouldn’t also be free from restrictions, risks and bill shock as our need for flexibility increases. The simple yet costly mistakes caused by traditional data room pricing are 100% avoidable.

That’s why we’ve put an end to it, empowering advisors to stop flying in the dark by introducing clean and simple pricing plans.

Your Netflix bill doesn’t surprise you

And your data room shouldn’t either. Ansarada’s platform is built to scale with you, offering you infinitely more value than legacy data rooms and pricing models can.

Opt for the full suite of AI-powered tools that will see you from the earliest stages of deal preparation through to execution and beyond, optimizing and safeguarding the entire lifecycle. And regardless of the plan you choose, get a single price – all inclusive, no surprises. What you need is exactly what you’ll get.

Find out how we’re putting an end to overpaying, disgruntled clients and bill shock for good.

Finance is about to undergo an AI Revolution 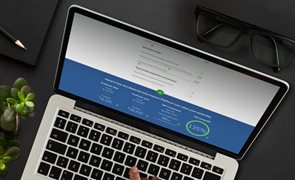 How much is legacy behaviour costing advisors? 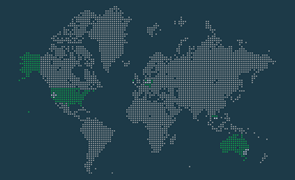 By ansaradaThu Apr 26 2018Innovation, Audits and compliance, Product know how